I am feeling a range of emotions. Sadness, disappointment, embarrassment, confusion, disbelief, a little resentment, a touch of regret, and a full dose of heartache. I am feeling the pain of losing someone that I had paired with the incredible future I wanted that is now ripped away. I feel frustrated at myself because the end of a short relationship shouldn’t be “that big of a deal”. I fear this present experience has symbolized and dug up some very deep hurts that I didn’t know existed. But now, as the unknown hurts are coming to the surface, I decided to invite you to observe my journey. I don’t know what big picture is going on. All I have to work with is the heavy weight that my heart is not conditioned to carry.

I’m tellin ya, pursuing love can mess with you, man!

No joke- I accidentally said “heart break” and “heart ache” when trying to talk about my HEART RATE with my doctor!!! Embarrassing. Can we tell what’s been consuming my mind lately? .

I humbly confess that I miss him.

I was hoping I wouldn’t. It just sucks because of course I miss the wonderful parts. I miss the fun jokes, adventures, and companionship. He embraced so many parts of who I am and it was nice to enjoy that acceptance.

Because truth is, I’m sad. I miss him. I care about him. I hope he’s okay. I want to live out our dreams together. I want to travel and take wild pictures. I want him to rub my back and kiss my neck and buy me fake flowers because he knows I don’t like that real ones have to die.

I was indifferent at the time but now I miss all the random things he taught me about cameras, music, cars, and downtown. There is so much more I want to learn from him too.

I just wanna do the amazing things together.

And now we never will.

It sucks because we talked about the future so much. Like so many hopes, dreams, and desires. It was all genuine too! One filter-free night I was even fricken talking about what type of ring and wedding I’d like!!

Why do I jump that far ahead before even technically falling for someone?!?

But I was getting there.

But now it’s over.

I know it wasn’t healthy and needed to end. There never ever would’ve been an actual time that “felt” right to pull the plug. Because the more experiences you share, the stronger the bond is. No matter what the negative parts are, we/I cling to the positives and the hopes. As soon as the person is out of sight, the negatives seem to be out of mind. Then the positives are romanticized and blown out of proportion.

We kept having this weird cycle.

The acknowledgment of which was what demanded our end.

We were both falling apart. Both not ready to build any sort of foundation in the deep hole we had dug. Two highly anxious people with stressful life circumstances just screams, “BEWARE: UNSTABLE RELATIONSHIP AHEAD.” And that it was. Or is what it -guaranteed, no doubt, 100%- would’ve turned into. A perpetual cycle of 75% frustration, inconsistency, unhealthiness, and 25% intoxicatingly perfect connections, mutual passions, and hope.

I wasn’t ready for the cycle.

It really was the cycle. The fluctuation. How one day we could have a magical time together and three days later we would be completely disconnected and fighting over something stupid. But they were never truly stupid fights. Simply reflected much bigger issues on both of our ends.

Human reality is: we never end up being the person we’d like to be when jumping into a relationship. Getting close to someone brings out our biggest sin issues. Our incredible qualities and characteristics are all theory until true colors come out when the going gets tough. Shame on me for relying on words instead of consistent actions.

But missing him sucks. Not hating him surprisingly sucks. It’s easier to kick someone out if they were obvious poison that hurt you in a dramatic and horrible way.

But that’s not the case because nothing was with bad intent.

Just that I wasn’t ready for the mess.

I feel like I got sort of pressured into agreeing to the relationship even though I said many times that everything was too fast for me. The excitement of potential love can make someone a little delusional. But it’s simple. I wasn’t ready. Meaning not stable or healthy enough to bring someone else in.

And sure enough, that never changed.

I literally tried so fricken hard.

I believe that we both did.

Maybe that’s why this hurts so much?

Enforcing what’s best doesn’t excuse you from the consequential pain.

It sucks because my walls had just come down. My mistake was using a wrecking ball instead of removing each brick one at a time. I, previously, was very committed to a pride-based lifestyle of “no boys” and for some ridiculous reason, God told me to let him in. I bargained “okay fine, but if we’re gonna do this, we’re gonna do this. He better be the one. ‘Cause I’m not dealing with that sucky heartache again like I did years ago after the first devastating romantic loss”.

No no, I know He used this to teach me more than I wanted to learn and expose more than I was ready to fix. God’s at it again with the clever life lessons.

I know that putting situations into words can expose some obvious red flags. Now, of course when everything is revisited and thought through, it continues to validate that it was the right decision and needed to happen.

The madness had to end.

It sucks cause I miss the amazing parts. The 25% that made me open to love again. It restored my internal romantic hope that was previously destroyed and helpless. For the first time in a long time, I was excited for all that our future would hold.

And now it’s over. 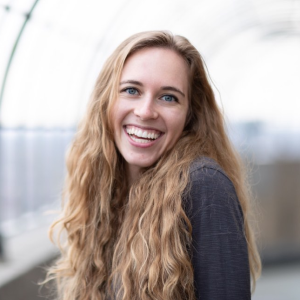 How to Help Others Grieving This Season

*Intro To* 16 First Date Ideas For When The Weather Sucks

16 First-Date Ideas For When The Weather Sucks

Neediness When On Dating Apps

Let’s Talk About The Weather!